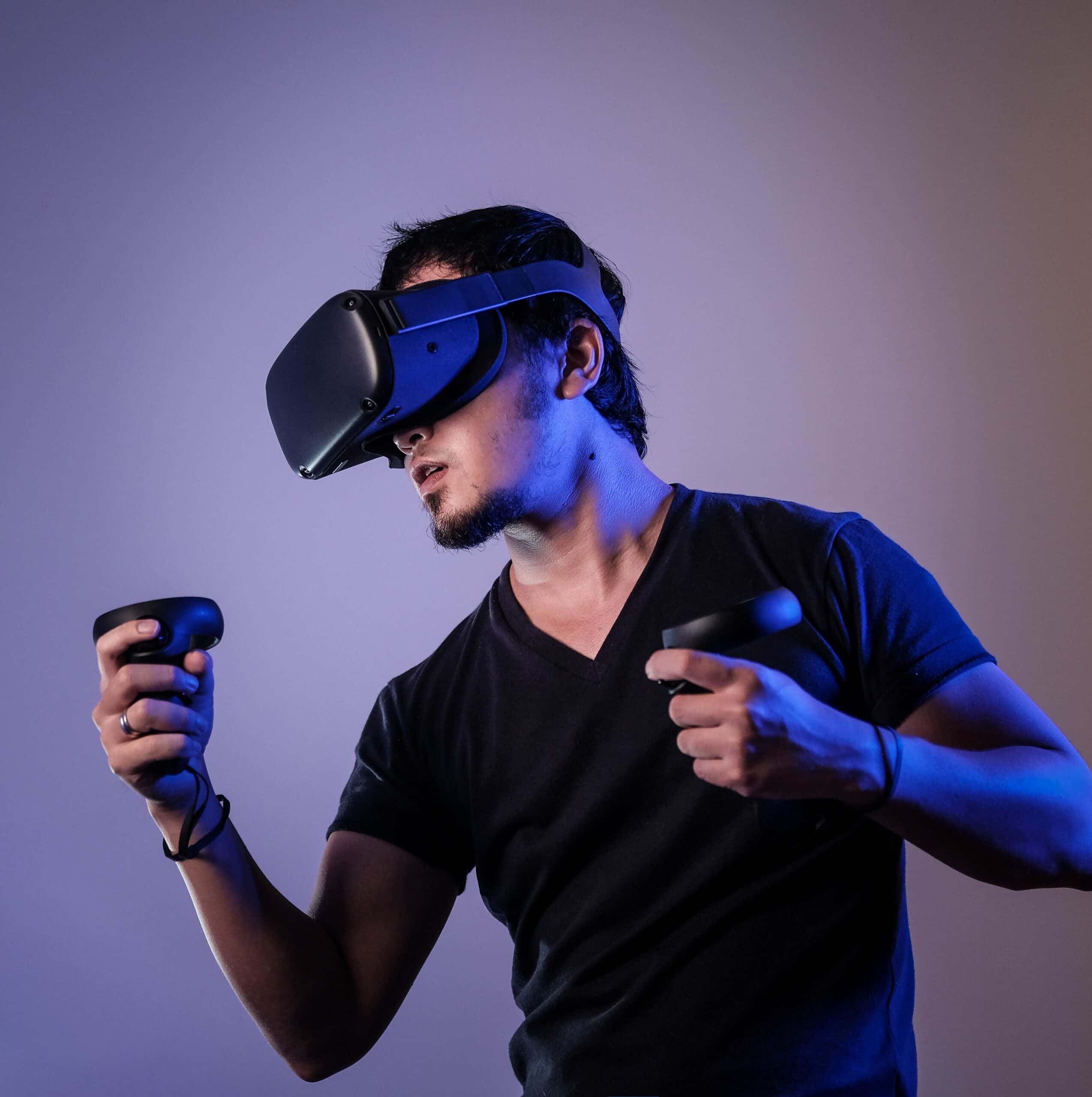 Oculus Rift vs. Quest: Which Should You Buy?

In the world of VR, it seems like Oculus is the leading brand to get a headset from. While they only have two VR products to choose from: the Oculus Rift and the Oculus Quest, they’re incredible pieces of technology. If you don’t already know what VR is, we’ll explain. VR stands for Virtual Reality. What it means is that you have a headset to wear that is almost like a 360° screen directly in front of you. It allows you to be inside a game or movie and explore a new world. Along with the headset, you’ll get two controllers – one for each hand. This is how the headset will track your movements and you’ll be able to play games and interact with whatever is playing. Now that we have that out of the way, let’s talk about the two Oculus headsets. IF you’re on the market for an Oculus, should you buy a Quest or a Rift? It seems like the Oculus Quest 2 is in the lead.

There is the obvious point – the Quest 2 is newer than the original and the Rift S. This means that all kinds of issues and bugs have been ironed out in the newer model. Many gamers and tech experts have spoken about how the Quest 2 is a huge improvement compared to its predecessor and the Rift in just about every way.

Aside from being better than the past models, the Quest 2 is actually cheaper than the others. It starts at $299 on the Oculus website for the 64GB version and goes up to $399 for the 256GB version. As of now, the Rift S still goes for $499. Why spend an extra $100 on a headset that’s older? It makes no sense.

It Doesn’t Need A PC

Another key difference between the Rift and Quest was the need for a PC. The Rift needs a physical cable to connect to a PC in order to play – something the Oculus doesn’t need. It still has optional PC tethering if it’s something you’re interested in, but the Quest is a self-contained VR headset.

It Has An Adjustable IPD

One of the biggest complaints users have had about the Oculus Rift S is that IPD adjustments are handled by software rather than manually. IPD is the distance between your pupils, so it’s something that needs to be adjustable, of course. The Quest has a manual adjustment with a slider, making it suitable for a lot more people. Despite the fact that the Rift S software does have some sway, it’s still unfortunate for those who don’t happen to have common spacing between the eyes. They won’t be able to have a perfect view for this reason.

The only real downside of the Oculus Quest 2 is its battery lifespan: two hours. When playing video games, that time frame can pass by in a flash. So if you want a longer play time, you can invest in an additional battery to extend the battery life to as much as eight hours.